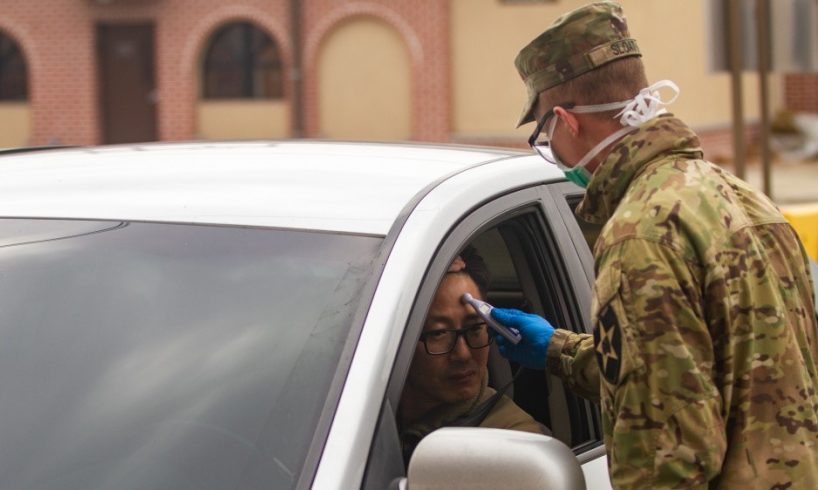 It is the hardest hit country in the world, according to official figures, both in number of deaths and cases reported.

It is the worst record officially recorded by a country. The United States crossed Monday, May 11 in the evening the mark of 80,000 deaths related to the new coronavirus, according to the count of Johns-Hopkins University . In France, 26,643 deaths have been recorded .

Across the Atlantic, this assessment is likely to increase in the coming weeks since it should reach 103,000 dead by May 30, according to an average of 20 epidemiological models made by researchers from the University of Massachusetts.

The United States is, according to official reports, the country most affected in terms of both the number of deaths and the number of cases recorded (regardless of the size of its population). New York City alone accounts for a quarter of the deaths, with almost 20,000 deaths.

However, the trend is slowing. On Monday, May 11, the country recorded 830 additional deaths due to Covid-19, in 24 hours; it is the second consecutive day that the daily balance sheet has fallen below 900 dead. However, it is too early to determine whether this slope indicates real dynamics.

Indeed, if in cities like New York, which alone accounts for a quarter of the deaths recorded, the epidemic is on the decline, new outbreaks have appeared elsewhere, such as in the capital region of Washington.

The United States also records more than 1.34 million diagnosed cases of Covid-19, according to Johns-Hopkins University. “We have developed a test capacity unrivaled in the world,” said Donald Trump from the White House on Monday, May 11, noting that “9 million” tests had been carried out in the country.