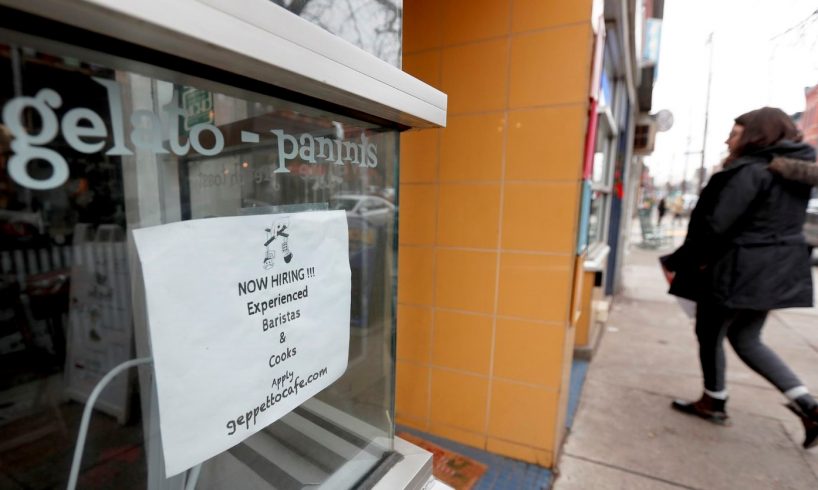 Faced with the poverty of the public health system, the Americans mobilize what made the spirit of this nation: mutual aid, ingenuity and initiative. Not sure that this is enough to respond to the pandemic…

It is an American story, a story of start-ups, resourcefulness and immigrants. A story that started between school parents, as so often. “My 5-year-old daughter has two friends whose parents are nurses or doctors in New York hospitals,” says Shafqat Islam, a son of Bangladeshi immigrants who founded NewsCred, a New York marketing start-up employing 200 people. . They were desperate and begged the community to help them get masks. They are reduced to reusing them, and they work in the largest New York hospitals! I told myself that something had to be done. “

With a friend, Shafqat studies the problem and decides to join forces with other start-ups, drawing on their logistical know-how. The idea of ​​his “One Million Masks” initiative? Very simple. Raise a bundle of money, buy the masks in China and very quickly send them by plane. In two days, 200,000 dollars are collected. The first shipment took a few days to arrive, the masks are distributed to two large hospitals in the city who had no way of setting up such a rapid supply. Each hospital using 15,000 masks per day, they should last until the end of April … until the government and American manufacturers take over, we hope.

Masks to the 3D printer

Because this is also the moral of this tiny and miraculous effort among so many others: yes, the America of mutual aid between neighbors, of individual ingenuity and of private initiative is revealed in what it has the best, a can-do attitude (“we can do it”) that literally built this country; but yes, too, the coronavirus makes one think of this famous maxim of the investor Warren Buffett: “It is when the sea recedes that we see those who bathe naked. “

Like so many other Americans, Shafqat was unaware of the poor public infrastructure and the American health care system, under the gleaming varnish of Manhattan hospitals whose wings bear the names of philanthropic billionaires. “I did not realize how dire the situation was,” admits the entrepreneur, as the spread of the virus accelerates on American soil (143,025 cases identified and 2,509 deaths according to Johns-Hopkins University , including the follow-up refers, on the morning of March 30):

“The whole government supply chain is broken, hospital administration seems to be paralyzed. In terms of protective gear, the system simply stopped working. It was designed to work only one way, in peacetime. Today we are at war, and no one knows what to do. It is sad and depressing. But as long as there are doctors who need help, we must continue to fight to support them. “

This is what Americans do everywhere, each on their own scale. “When we heard that someone printed in 3D rigid protective masks, we wondered if we could not do the same” , says David Ecker, Director of Search Technology Stony Brook University, east of New York. With the help of his staff and students, he has printed the prototype and is about to post the design on the web:

“  The response has been fantastic, we have already made 170 and doctors are starting to use them . The challenge was to get the materials. “

David went around the local Home Depot, equivalent to our Bricorama, ”  but with a lot of stores closing, it’s not easy to find everything we need.”

As often in this federal country, the effort is often driven at the local or regional level, which allows more flexibility. In Tennessee, the governor asked all the universities of the state to reconvert their 3D printers in the manufacture of 1,500 to 2,000 rigid masks, plus around 20,000 replacement visors. Better than nothing ! In Wisconsin, Concordia University “prints” good quality masks (N95, equivalent to the European standard FFP2) 24 hours a day on its thirty machines. They are not approved for medical use? Regardless, they were classified as “prototypes”. At war as at war.

At the other end of the country, in Seattle, which was the first contaminated American city, a hospital launched a “100 Million Mask Challenge”. Volunteers started making masks at home, and quickly local businesses took over. In 48 hours, Jeff Kaas transformed his furniture factory into a mask factory, producing 4,000 a day. Enough to prevent practitioners from being reduced to protecting themselves with… bandanas, while waiting for the reinforcement of the national (federal) strategic stock and large mobilized companies, such as 3M.

Some rely on their reputation or their networks to launch initiatives. Renowned economist Tyler Cowen has convinced Emergent Ventures, a Silicon Valley venture capital fund, to put more than a million dollars into the pot to finance a series of awards, since the “effort to find a good treatment quickly ”($ 500,000 for the first prize) to the“ best coronavirus investigation ”($ 100,000). “I got this idea when I saw how slow, passive, bureaucratic the world of foundations was,” he explains. They did not take enough risks and did not give very young people enough chances. ” The idea of” price “is it not a little strange in the midst of such a tragedy?”It is historically very common: remember patrons of the Italian Renaissance or prizes for explorers in the XVIII th  century. “

Many Americans, if not virtuosos of the 3D printer or venture capital, offer their medical skills. “The surge of aid has been truly inspiring ,” said Andrew Cuomo, the New York state governor (Democrat), the epicenter of the epidemic in the United States. There were 40,000 volunteers from the health professions, 12,000 in one day. For mental health practitioners, we have grown to 8,600 volunteers. Many call from other states and offer to help by phone or Skype . “

What about big business, billionaires? The answers are uneven – Harvard University, with its war treasure of over $ 40 billion, has not lifted a finger to help workers employed on its campus by subcontractors -but many are mobilizing. On the philanthropic side, the Gates and Bloomberg foundations are rising to the fore. Businesses are sometimes schizophrenic. Amazon is widely criticized for its lack of generosity in the management of employees in its warehouses, some of whom complain of being poorly protected against the virus. But its AWS subsidiary has set aside $ 20 million to develop better diagnostic tests. Others engage more frankly. Ford and other automakers, for example, are working hard to retrain their ventilator know-how and urgently produce thousands of devices for hospitals.

Altruism or self-interest, everyone knows that the battle against this cursed Covid-19 will largely be fought on the ground of the American private sector. With only 4% of the world’s population, the United States funds 44% of medical research and development, invests 75% of the capital in this sector and owns the patents for the majority of new drugs. The vaccine or miracle treatment may come from China or Europe, but more likely from Boston or San Francisco.

The private sector therefore has a role to play. The problem is to make it the solution. Donald Trump and the Republicans opted without subtlety for this ideological choice, preferring to sing his praises rather than using the Defense Production Act to the full, a law that allows the production of companies to be directed in wartime. Trump went so far as to equate the use of this law with “nationalization” . Response from Cuomo:

“When we have been at war in the past, we have not said,” Is there a company willing to build a warship? Who wants to do it? ” “

On March 27, Trump finally ordered General Motors – which had already started the effort – to produce fans. Late, and insufficient. The need for masks, ventilators or intensive care beds defies the shooting power of the private sector, as entrepreneurs recognize. When Trump trumpeted the launch by a medical subsidiary of Alphabet (Google) of a platform for those who wish to be tested, the firm clarified that it was a local pilot experiment. The “giants” of Silicon Valley, ultimately, are less giant than Uncle Sam.