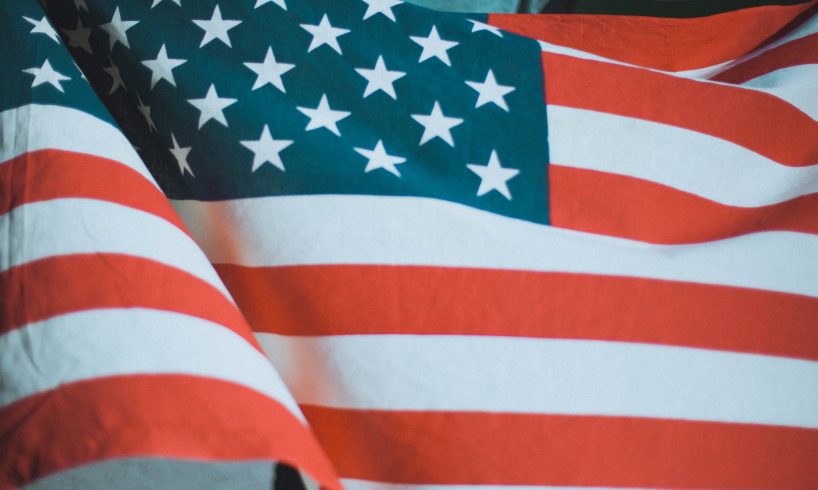 His testimony was thunderous on Tuesday in Washington, D.C. The U.S. chief of diplomacy in Kiev confirmed that Donald Trump had been blackmailing Ukrainians in an attempt to obtain compromising information about Joe Biden.

An “absolutely devastating” testimony that provoked “sighs and cries of surprise”. “From the look on people’s faces as they listened to him, we thought, “Oh, my God!”,” even told Politico a parliamentarian present. To say the least, William Taylor’s testimony had the effect of a mini earthquake on Tuesday, October 22, at Congress. All of a sudden, he radically changed the gears of Donald Trump’s dismissal procedure, to the point that firing the president is no longer inconceivable.

Who is the author of this tsunami? A man with an immaculate CV, whom the Republicans cannot accuse of being a leftist mole: studies at the West Point Military Academy, fighting in Vietnam in the legendary 101st Airborne Division, a spotless diplomatic career, an embassy in Ukraine under George W. Bush and then Donald Trump…” An experienced diplomat, veteran and meticulous note-taker,” summarizes the Washington Post.

And what do these notes tell us, which detail the calls and meetings of the US ambassador to Kiev (he had the title of chargé d’affaires, pending confirmation of his appointment by the Senate)? That Donald Trump and his henchmen very explicitly blackmailed Ukrainian President Volodymyr Zelensky for aid, conditioning both American military aid and a summit meeting between the two presidents on an investigation by the Ukrainians into the son of Joe Biden, former vice president of Obama and Democratic presidential nomination candidate for the November 2020 presidential election, and Ukraine’s alleged role in the 2016 American presidential campaign.

The oath that there was “no give and take” is a bit like the last dam protecting Trump. South Carolina Senator Lindsey Graham, one of his most zealous supporters, said a few days ago:

“If you could show me that Trump really did give a give and take, apart from the phone call[between Trump and Zelensky], it would be very disturbing. »

According to Bill Taylor’s testimony, that’s exactly what happened. The deal was unambiguously detailed to the Ukrainians by Trump or his allies who used an unofficial “second channel” led by Rudy Giuliani, former Mayor of New York and now Donald Trump’s lawyer, to put pressure on Kiev. Taylor reported the warning issued by Gordon Sondland, US Ambassador to the European Union and member of the “unofficial channel”, on Zelensky’s right arm: military aid “will only come when President Zelensky commits to continue the Burisma investigation”, named after the gas company whose son Joe Biden, Hunter, was a member of the board from 2014 to 2019.

The statement read by Taylor on Tuesday, 15 tight pages, sometimes falls into comedy. It shows a Trump repeating that his market is “not an exchange of good practices” but explaining at the same time that Ukrainians must “clarify things” (publicly promise to investigate the Biden son), failing which the situation will be “blocked” (military aid will not be forthcoming).

The dominoes fall off

Faced with such an avalanche of revelations, each more damaging than the next, the Republicans no longer have many weapons to defend Trump. To argue that blackmailing aid is not likely to justify dismissal? This would be enormous and would not be accepted by public opinion, even on the right. Accusing Taylor of lying? More than problematic, given the profile of the diplomat. Take up Trump’s insults again? When the latter speaks outright of “lynching”, it becomes problematic. Shout at the lack of tangible evidence, in the form of e-mail or SMS? It’s probably the only possibility.

But with enormous risks. As the Watergate affair, which forced Richard Nixon to resign in 1974, showed, the fall of the dominoes will accelerate, each revelation causing new ones. And each lie contradicted by the facts in turn becomes grounds for dismissal. What will be the next domino? Taylor mentioned the role of Tim Morrison, Director of the Eurasia Department at the National Security Council. He is the one who told him about the conversation between Sondland and Zelensky’s right-hand man, in which the American clearly detailed the blackmail of military aid. Morrison was called to testify on Friday. Will he risk ignoring the convening of the Congress, given the way things are going?

And Gordon Sondland, who has already lied to parliamentarians according to Taylor’s account, will he risk being convicted of perjury if congressmen decide to hear him again? He may be thinking of the fate of Nixon’s men, H. R. Haldeman and John Mitchell, who had spent 18 and 19 months respectively behind bars for (among other things) lying to Watergate investigators.

Cracks in the wall

Another domino that is just waiting to fall: what will John Bolton, the former national security adviser, say if he testifies before Congress? In his testimony, Taylor described a livid Bolton in the face of blackmail against Ukrainians, going so far as to compare him to a “drug deal”. Bolton was brutally dismissed by Trump, he probably has a revenge to take.

Even on the Fox News sets, Trump’s unconditional defense is becoming an increasingly acrobatic exercise. The loyal base is still united behind the president, of course, but this support is not life insurance: a few days before Nixon’s resignation, 31% of Republican voters, according to the Gallup Institute, were in favour of his departure. Raw truth, sometimes, cracks the thickest walls.