Jacob Frey was among the guests of a tribute ceremony organized Thursday in Minneapolis, in the presence of the relatives of George Floyd and many personalities.

A ceremony to pay homage to George Floyd, a 46-year-old African American who was killed on May 25 during an arrest , took place Thursday, June 4 in Minneapolis in the United States. Barely started, it was marked by a strong image: arrived on site, the mayor of the city Jacob Frey knelt before the coffin of George Floyd, in tears.

Wearing a mask, he remained kneeling for a while, one hand on the golden coffin, his shoulders shaken by what seems to be sobs.

The ceremony took place Thursday afternoon at North Central University in Minneapolis, in the presence of his family and loved ones, as well as many personalities, like the Reverend Al Sharpton, figure of the civil rights movement, who is to pronounce a eulogy.

“Being black in the United States should not be a death sentence , ” commented Jacob Frey after the publication of images of the death of George Floyd. He quickly called for the charge of the officer involved .

Hundreds of people gathered to pay tribute to him

The Minnesota Democrat MP Ilhan Omar, Senator Amy Kombluchar, or Marthin Luther King III, son of the icon of the fight for civil rights, are also present at this ceremony. Outside the university hundreds of people also gathered to pay homage to George Floyd.

George Floyd’s body was transported to the university late in the morning. As the hearse passed, the Minneapolis police chief Medaria Arradondo had kneeled on the ground, a symbolic gesture of denouncing police violence against African-Americans.

Many tributes will still take place during the weekend. George Floyd’s funeral will be held Monday in Houston, Texas, where he grew up before joining Minneapolis, for a final, intimate ceremony. 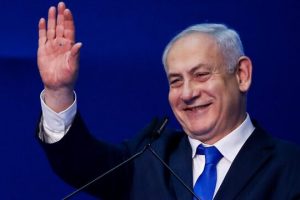