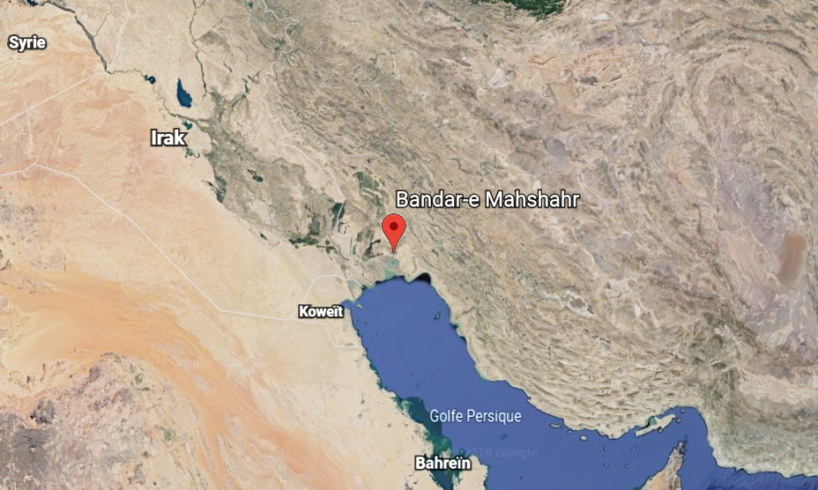 The Iranian army shot dead an “unidentified” drone on Friday, November 8, in the region of Bandar-e- Mahchahr, a port in southwestern Iran overlooking the Gulf, according to Iranian agencies.

The Tasnim news agency, one of the first to publish the information, did not rule out in mid-afternoon that the shot down aircraft could be an Iranian model hit during a night exercise to test missile systems.

According to the Isna news agency, “the anti-aircraft defence went into action in the morning and destroyed the “flying aircraft” in the sky of Bandar-é Mahchahr” in Khouzestan province.

Tasnim, close to the ultraconservatives and generally well informed on defence issues, said the aircraft was shot down using the Mersad missile system in the early hours of Friday. Quoting Khouzestan Governor Gholamreza Shariati, she added that the aircraft’s debris, which had fallen into a swampy area, had been “found by the armed forces” and was under investigation.

Tensions with the United States

On 23 October, the crash of an Iranian drone into the same Khuzestan province was followed by the publication of press articles claiming that an unknown unmanned aircraft had been shot down. The Fars agency then denied this information and reported an emergency landing of an Iranian drone belonging to the Revolutionary Guard, the ideological army of the Islamic Republic.

The United States and Iran came close to a direct military confrontation after Tehran destroyed a Globalhawk attack and surveillance drone of the US Navy on June 20. Tehran assured that the aircraft had “violated Iranian airspace”. Washington said it was in international airspace. President Donald Trump then said he cancelled the retaliatory strikes at the last minute, in order not to cause heavy casualties.

Tension between the United States and Iran has reached new heights in the past six months, against the backdrop of military escalation in the Gulf and friction over Iran’s nuclear programme. Washington on Thursday called on the international community to take “severe” measures to put pressure on Iran after Iran resumed uranium enrichment activities at its underground plant in Fordo, south of Tehran.

The resumption of these activities, which Tehran had frozen under the Iranian nuclear agreement concluded in 2015, is part of Iran’s response to the United States’ decision to unilaterally withdraw from the pact in 2018 and to restore economic sanctions against Iran.

By the 2015 agreement, Iran agreed to drastically reduce its nuclear activities – in order to ensure that their purpose is solely civilian – in exchange for the lifting of some of the international sanctions that were already suffocating its economy at the time.