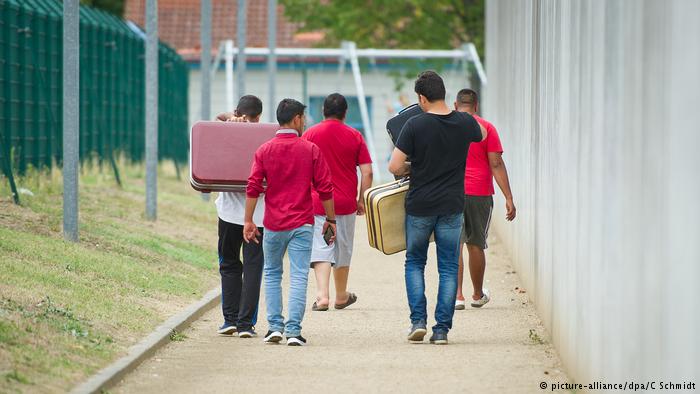 The data have again contradicted the alarmist and anti-immigration rhetoric, very present in German political life. The annual figures for immigration and asylum presented Wednesday by the interior minister show a steady decline in asylum applications.

In total, Germany registered 185,853 requests in 2018, which is 16% less than in the previous year. In 2017 there were 222,683 asylum applications in the country. The figure presented on Wednesday also assumes that the German Government respects the political commitment it left in writing during the formation of the Government and by which it set a ceiling of between 180,000 and 220,000 requests per year. That was precisely a requirement of the Bavarian conservatives to give free rein to the formation of Government.

After the peak of refugees in autumn 2015, there is a steady decline in asylum claims,” said Interior Minister Horst Seehofer, president until last weekend of the Bavarian CSU. Seehofer also estimated that the routes through which the plaintiffs access Europe have changed and that the focus is now in Spain.

The arrival of more than one million asylum seekers since 2015 has given rise to strong political tensions in the country. The immigration debate has also been the main electoral tool of Alternativa por Alemania (AfD), the far right that entered for the first time since the end of the Second World War in Parliament after the general elections of 2017.

Last year, international protection was granted to 35.1% of the claims processed in that period, which also means a considerable decrease compared to previous years. The Syrian applicants -46,164 in 2017 – remain, by far, the largest group. They are followed by citizens of Iraq, Afghanistan, Iran and Nigeria.

As for the people who immigrated to Germany in 2017, more than half are European, mainly from Poland and Romania. The number of immigrants – a total of 1.5 million arrivals – also fell by almost 17% from the previous year, according to the 2016/2017 report of the German Migration and Refugee Office also presented on Wednesday.