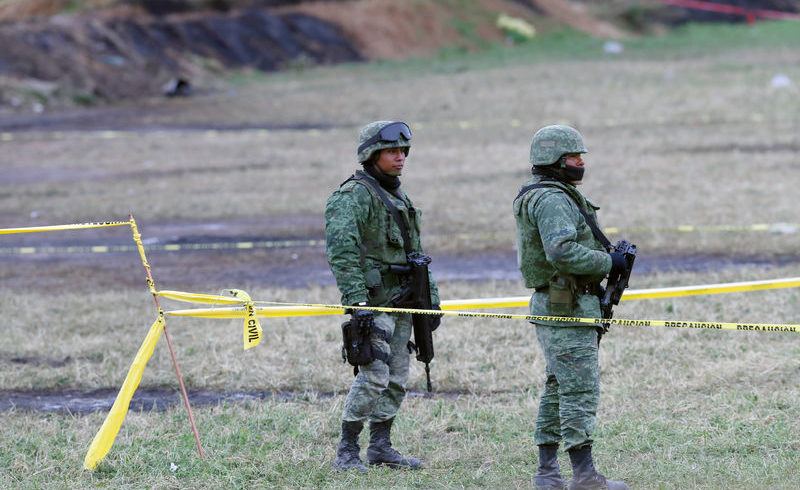 After the explosion of an oil pipeline, last Friday in the province of Tlahuelilpan, where more than 90 people died, the president of Mexico presented his financial aid plan to prevent these accidents from happening again.

The president of Mexico, Andres Manuel Lopez Obrador, presented on Tuesday the economic aid that will be delivered in the areas through which oil pipelines pass in order to discourage the theft of gasoline. “We are going to face the unfortunate practice of having to collect gasoline from ditches, from leaks or from clandestine outlets,” the president said at his morning press conference.

Lopez Obrador hoped that “there will be no misfortunes” as happened last Friday in Tlahuelilpan, in the central state of Higaldo, where a clandestine takeover exploded while hundreds of residents collected gasoline, leaving a balance to the time of 93 deaths.

This Tuesday and Thursday the president will tour several municipalities of areas, as it is known in Mexico to steal fuels, to grant aid and stop this practice that generates huge losses for Petróleos Mexicanos (Pemex) and led to the closure of pipelines by the New Executive.

With the pipelines closed, the hydrocarbon is transported by pipes (tankers), which has generated shortage problems in some states, with closed gas stations and panic purchases.

The aid plan for the communities through which the pipelines cross includes 91 municipalities, which will grant between 6,000 pesos (312 dollars) and 8,000 pesos (417 dollars) per family.

“They will attend with the purpose that people are not forced by poverty and the need to carry out gasoline collection practices,” said the president, who called these activities “harmful and deplorable.” These actions will benefit 1.68 million people and, as a whole, represent an investment of 3.857 million pesos.

In general, these actions correspond to programs of aid and labor already announced and that will be implemented throughout the country. For example, the pension for the elderly – a campaign promise will benefit some 760,000 people in these municipalities.

In these towns, mostly rural and lagging, there will also be a pension for people with disabilities, an agricultural aid called “production for welfare” or scholarships for apprentices of the ambitious program “Young people building the future”.

They will also receive calls to encourage entrepreneurs or the application of the national system of scholarships at all educational levels. He pointed out that these programs will be evaluated periodically, every time he visits communities near oil pipelines.

Questioned by the press, said that in relation to the tragedy of Tlahuelilpan and theft of fuel, all relevant information will be delivered to the Attorney General.

In recent hours it has transpired that the National Commission for Human Rights (CNDH) initiated a complaint ex officio to investigate the tragedy, a fact that López Obrador criticized because, he said, focused on the behavior of the Army during the tragedy.

He explained that the frontal combat against the theft of hydrocarbons continues because this Monday the criminals sabotaged all the pipelines, one of them even four times.