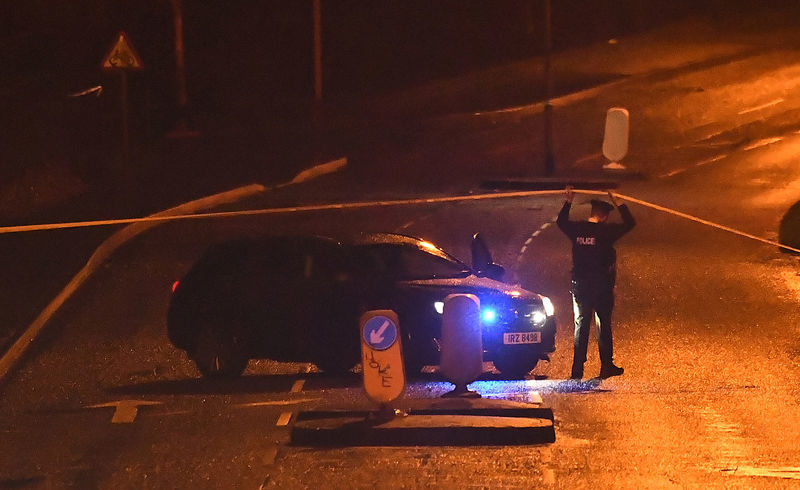 The authorities of Northern Ireland reacted on Monday morning to two new alerts for possible threats to national security. The notorious police activity came two days after the explosion of a car bomb in an action attributed to dissidents of the already inactive Irish Republican Army (IRA).

The first alert this week came after the Police of Northern Ireland (PSNI) received a call in which they reported the theft of a van in Creggan by three hooded, who “threw an object in the back” of that vehicle “before leaving, explained the source.

Hours later, the authorities reported a “second security alert.” “Just before 09:45 (Colombian time), we received information that a delivery vehicle had been hijacked by four masked men, one of whom would have a firearm,” the Northern Irish police announced. We recommend. Northern Ireland, a year without government

According to a police spokesman, the security forces have deployed security cords in different areas of the city and have evacuated residents of the Creggan neighborhood, mostly Catholic-nationalist.

In turn, the spokesman also indicated that the authorities have arrested today a fifth man, 50 years old, in connection with the attack perpetrated Saturday night with a car bomb, of which the Republican dissident group IRA is suspected.

No one was injured by Saturday’s blast, which occurred on Bishop Street, near a judicial building, forcing the evacuation of numerous people from a hotel and a youth club, according to the PSNI.

However, the explosion rekindled concern over the threats that the reinstatement of a border after Brexit would represent for the Good Friday Peace Agreement, which in 1998 ended three decades of bloody conflict between nationalist and unionist republicans loyal to the United Kingdom.

The five suspects remain in police custody in Derry for interrogation for up to seven days after their arrest, according to the British anti-terrorism law. Londonderry, located on the border with the Republic of Ireland, and also called Derry, is a city infamous for the “Bloody Sunday” of January 30, 1972, when British soldiers opened fire on participants in a peaceful march, causing 14 deaths.

The New IRA is formed by three terrorist groups that in July 2012 announced that they had joined forces to continue the armed struggle and pick up the independent witness of the former paramilitary arm of the Sinn Fein party, also known as the Provisional IRA (PIRA), already inactive.

This armed group, according to the security forces, is mainly nourished by members of the Authentic IRA (RIRA), which was split from the PIRA in 1997.