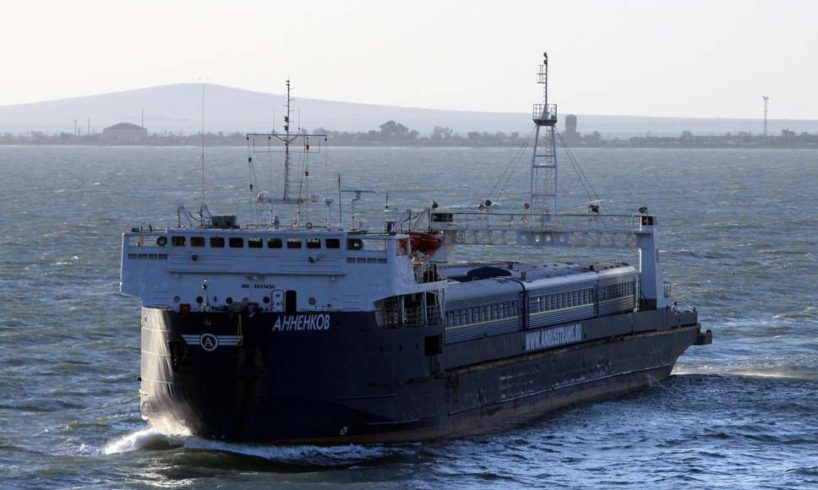 In front of the Crimean peninsula annexed by Russia, two cargo ships have caught fire. According to Russian data, probably 14 people lost their lives. Apparently, there was an accident when refueling.

According to Russian authorities, two cargo ships have caught fire in front of the Kerch strait due to an explosion. 14 sailors were killed, said the Russian Ministry of Transport. Several sailors are still missing.

The fire broke out when one of the ships was sending fuel to the other, the authorities said. Both ships sailed under the flag of Tanzania, one of them was a gas tanker. The sailors came from the information from Turkey and India. Seven other ships came to help. The rest of the shipping was not at risk, it said.

Previously, After the incident in the Crimea, the dispute between Ukraine and Russia threatens to escalate again. Russia speaks of a planned provocation. Kiev wants to impose martial law. A corresponding decree has been signed by President Petro Poroshenko, and Parliament still has to agree. The most important questions and answers about the conflict.

Martial law would also allow for further action if necessary: peaceful demonstrations or other mass events could be banned, and elections and referendums postponed. Citizens could be forced to work for the defense of the country. Night curfews, as well as the regulation of mass media for wartime needs, are possible measures.

It is necessary to impose martial law so that Ukraine “can immediately strengthen the defense in order to react quickly in the event of an invasion,” Poroshenko said in a televised speech. This step requires Parliament’s approval, which began today with deliberations and may decide in the evening.

The accident took place off the southern coast of the Crimean peninsula – at the entrance to the Kerch Strait. These straits have to pass ships to enter the Sea of Azov. There are the Ukrainian port Mariupol and the Russian Rostov-on-Don. Russia annexed the Ukrainian peninsula in 2014. Therefore, the situation in this part of the Black Sea is curious.

Russian border guards fired on three Ukrainian naval ships there in November and arrested the crew for alleged border violations. In front of the Strait of Kerch, ships often have to wait weeks for passage. Ukraine complains that ships calling at Ukrainian ports are harassed by the Russian authorities.