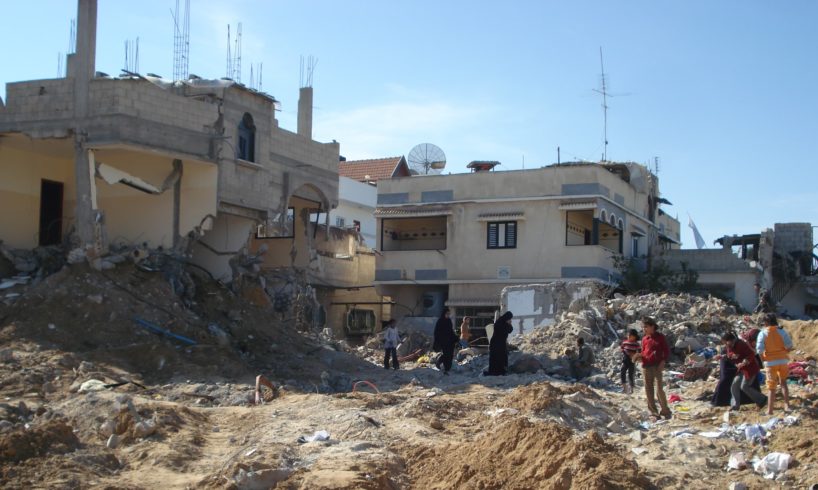 More than 30 people lost their lives in Israeli strikes targeting not Hamas but another local armed Islamist group, Islamic Jihad.

A fragile ceasefire agreement came into effect Thursday morning, November 14, in the Gaza Strip after two days of fighting between Israeli forces and Islamic Jihad killing more than 30 people in the Palestinian enclave.

In an attempt to curb this new spiral of violence, the UN envoy for the Middle East, Nickolaï Mladenov, arrived in Cairo on Wednesday to mediate with the Egyptians (who have a strong influence on Gaza and official relations with Israel) for an “urgent de-escalation”.

On Thursday, a ceasefire agreement came into effect at 5:30 am local time (4:30 am French time) in the Gaza Strip, an Egyptian source knowledgeable in mediation and a senior Islamic Jihad official told AFP. This “ceasefire agreement comes as a result of Egypt’s efforts” and has been endorsed by “Palestinian factions including Islamic Jihad”, said the Egyptian senior official.

According to this official, the agreement also stipulates that Palestinian factions must also ensure that they “keep the peace” during demonstrations against the Israeli blockade on Gaza and for the return of Palestinian refugees to their lands.

For its part, Israel must also stop its strikes and “ensure a ceasefire” during these “march home” demonstrations, which have killed more than 300 people and injured thousands in the Gaza Strip, according to this source.

A source within Islamic Jihad confirmed the agreement to AFP. An Israeli military official said Wednesday evening that the Israeli army would stop its operation in Gaza if Islamic Jihad stopped firing rockets into Israel.

Earlier Wednesday night, Israel killed an Islamic Jihad commander in a strike on a house in Gaza, during which eight members of the same Palestinian family were killed according to Palestinian officials.

Israeli army spokesman Avishay Adraee said Rasmi Abu Malhous was killed in an air raid on Deir al Balah in the central Gaza Strip before a ceasefire came into effect on Thursday morning. These deaths bring to 34 the number of deaths in Gaza in Israeli strikes targeting not Hamas but another local armed Islamist group, Islamic Jihad, since Tuesday.

The sequence began Tuesday at dawn with a targeted operation against Baha Abu al-Ata, a senior Islamic Jihad commander held responsible by Israel for a series of recent attacks against the Jewish state. In the aftermath of the strike against Abu Ata, Islamic Jihad launched more than 360 rockets into Israel according to the army, which in turn increased air strikes against the positions of this armed Islamist group in Gaza, an enclave where about two million Palestinians currently live.

In Israeli areas near Gaza, warning sirens have been ringing since Tuesday. Within a 40 km radius of Gaza, public services were closed again on Wednesday. A rocket damaged a house, another a factory, and yet another fell on a highway, passing a few metres from striking cars in traffic.

“Stop your attacks, or you will take even more blows,” Israeli Prime Minister Benyamin Netanyahu warned on Wednesday. “We are determined to fight and defend our country, and if they think that these rocket bursts will weaken us or make us lose our resolve, they are wrong,” he added with regard to Islamic Jihad.

This is the deadliest sequence since clashes between Israeli and Palestinian soldiers that killed about 60 people on May 14, 2018 in Gaza, the day of the inauguration of the American embassy in Jerusalem. This decision confirmed the United States’ recognition of this disputed city as the capital of Israel.

Unlike Islamic Jihad, Hamas had approved several months ago a truce with Israel negotiated through the United Nations, Egypt, a country bordering Gaza, and Qatar, the Gulf Emirate, providing in particular for the monthly inflow of millions of dollars in aid for the Palestinian enclave, where the unemployment rate is around 50 per cent.