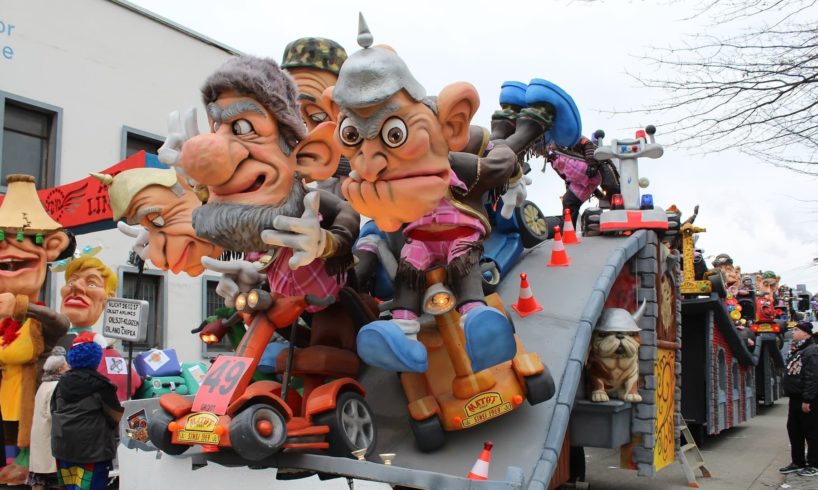 One tank depicted Orthodox Jews with crooked noses, surrounded by rats and perched on silver bags.

Leave before being pushed out. The mayor of the Belgian city of Aalst, a Flemish city located between Ghent and Brussels, announced on Sunday 1 December that he had withdrawn from UNESCO’s list of World Heritage Sites his annual carnival, accused of anti-Semitism.

The controversy had arisen in March when the mayor of Aalst (Aalst in Flemish), Christoph D’Haese, defended a carnival tank representing Orthodox Jews with crooked noses, surrounded by rats and perched on silver bags. The scene provoked an outcry from the EU and Jewish organisations, with local authorities defending a “transgression ritual” to make people laugh at everything.

Carnival attracts tens of thousands of people to Aalst during the three days preceding Ash Wednesday, a Catholic celebration.

Christoph D’Haese explained in local media that he had decided to remove the carnival from UNESCO’s list, on learning that the organization had planned to do so in mid-December, after discussions to reach an agreement had failed. “The citizens of Aalst have suffered grotesque accusations,” he denounced in a statement quoted by the Belga agency.

“An attitude of defiance and mockery”

“We are neither anti-Semitic nor racist. All those who support this do so in bad faith. Aalst will always remain the capital of mockery and satire,” he added.

The Aalst carnival has been on UNESCO’s list of intangible heritage since 2010. The leaders of Aalst preferred to “jump before being pushed”, commented in a statement the head of the Brussels-based Association of European Jews.

“Despite general criticism, clearly grotesque and anti-Semitic representations[…], the mayor of Aalst persisted in an attitude of defiance and mockery,” denounced the association’s president, Rabbi Menachem Margolin.