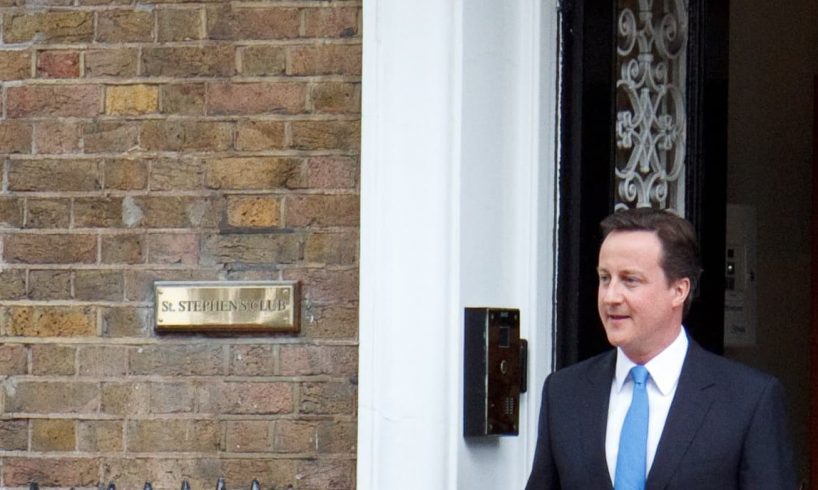 A loaded pistol was found just before takeoff from New York to London by a passenger who, shocked, alerted the cabin crew.

British policeman David Cameron has forgotten his pistol and the passport of the former Prime Minister in the bathroom of an airplane, causing panic, reported the British press.

When questioned by AFP, the police said “they are aware of this incident which occurred during a flight to the United Kingdom on February 3” . “The officer concerned has been removed from his operational duties , ” said Scotland Yard, explaining taking the case “very seriously” and having launched an internal investigation.

The weapon, a loaded Glock 19 semi-automatic pistol, was found just before takeoff from New York to London on Monday by a passenger who, shocked, alerted the flight crew.

“The captain confirmed that a pistol had been found – which caused everyone to panic , ” reported a city passenger by “The Sun”.

“He tried to calm everyone down by explaining that the law authorized protection officers to have handguns on planes and that the weapon had been returned to the bodyguard,” he continued.

In addition to his weapon, the bodyguard had forgotten his passport and that of David Cameron in the toilet.

Prime Minister for six years from 2010, David Cameron called the 2016 Brexit referendum . After campaigning to stay in the European Union, he resigned in the aftermath of the results giving the 52% winning “Leave” camp and withdrew from political life. He benefits from police protection.