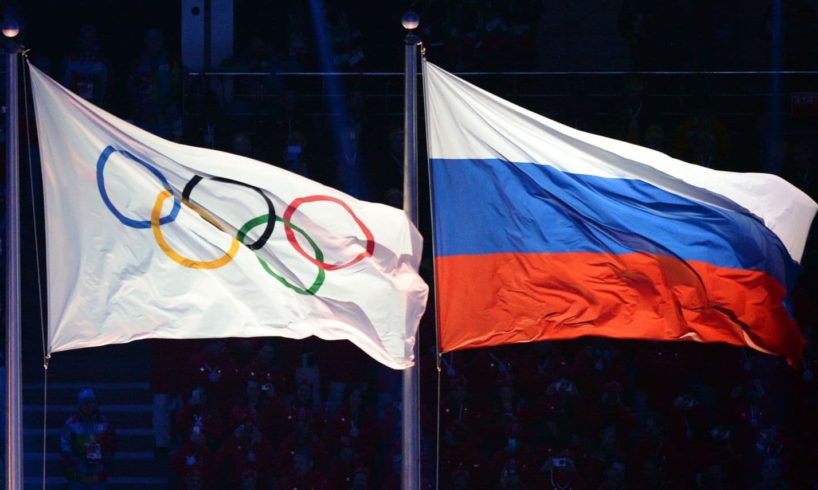 Suspected of having falsified data transmitted to the World Anti-Doping Agency, Russia could be heavily sanctioned and deprived of major sporting events.

If the WADA Executive Committee, scheduled to meet on December 9 in Paris, confirms the long list of measures recommended by its Compliance Review Committee (CRC), Russia would be banned from international sport for four years. But the case would certainly not be over because Moscow could challenge the sanctions before the Court of Arbitration for Sport (CAS).

The punishment is in any case equal to “an extremely serious case” in the eyes of the CRC, quoted in the statement issued by WADA on Monday. Among the grievances cited was the disappearance of “hundreds” of suspicious anti-doping test results from the files that Moscow had submitted to WADA earlier this year.

“Evidence made from scratch”

“Moscow data is neither complete nor entirely authentic,” the agency criticized in its press release. However, the provision of these data was a condition set by WADA to lift previous sanctions against the Russian anti-doping agency (Rusada), which was at the heart of an institutional doping system between 2011 and 2015 that was already causing a major scandal.

According to the WADA statement, CRC even suspects that “fabricated evidence” may have been implanted in the database to charge the former head of the Moscow anti-doping laboratory, Grigory Rodchenkov, now a refugee in the United States, where he was one of the key witnesses in exposing the Russian doping system.

As a result, it is the strong way that is recommended. First of all, for four years, no Russian official, nor the country’s flag, nor its anthem would be allowed to be named during the Summer or Winter Olympic Games, as well as at the Youth Olympic Games or the Paralympic Games. This would therefore concern the Tokyo-2020 Summer Games and the 2022 Winter Games in Beijing.

For athletes, only those who are “able to demonstrate that they are not involved in any way” in doping cases would be admitted to competitions under a neutral flag. Sanctions already imposed on Russia at the 2018 Winter Olympics in Pyeongchang, or at all international athletics competitions since 2015.

Under Vladimir Putin, Russia has made sport a tool of its power on the international scene, but it is still paying for the consequences of large-scale doping.

Thus, if WADA follows its committee, the country would no longer be allowed to apply for the award of international sporting events, including the Olympic Games.

And if events have already been assigned to him, the organiser will have to remove them and “reallocate them to another country, unless this is legally or practically impossible”. In theory, this measure could therefore concern the Euro-2020 football tournament and the city of St Petersburg, which is to host matches, including a quarter-final. The 2021 Champions League final is also scheduled to take place there.

It remains to be seen whether WADA’s Executive Committee, composed equally of representatives of the Olympic movement and governments, will go that far. Previous sanctions against Russia, as a punishment for the establishment of the institutional doping system, have been the subject of heated controversy in recent years, with voices being raised to criticize the leniency of the International Olympic Committee (IOC).

Shortly before the Rio 2016 Olympic Games, WADA had already advocated the exclusion of Russia, but the IOC had the final say and left it to the international sports federations to decide. But since then, WADA has strengthened its sanctioning powers, and it would be up to the CAS to decide on appeal.