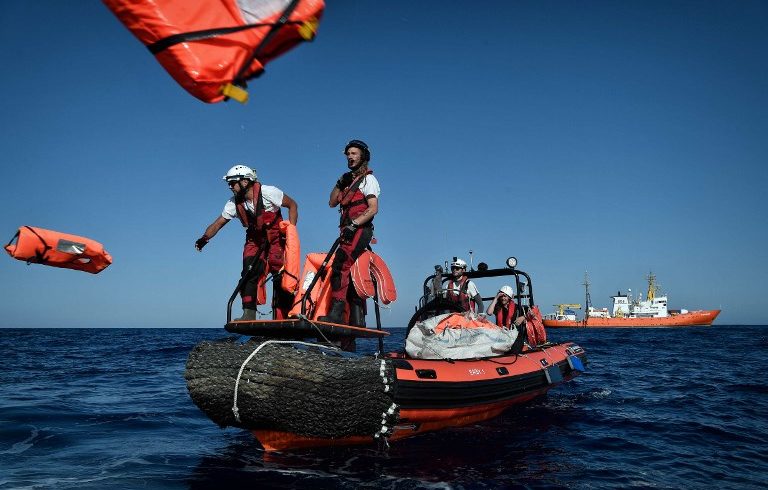 The central Mediterranean has once again become a huge cemetery for migrants trying to get from Europe. A rubber boat, on board of which 120 people had sailed from Tripoli, was shipwrecked yesterday Friday morning. With practically no NGO patrolling the area, because of the policy of closed ports and the criminalization that the Italian Government has carried out rescue work, three hours passed before a plane arrived from the Italian navy.

Only three people (two Sudanese and one Gambian) survived, as far as we know, moved to Lampedusa yesterday afternoon in a helicopter in a state of severe hypothermia. There are 117 missing.

The search for survivors, in an area 45 miles from Tripoli, in the middle of the SAR zone ( a search and rescue zone in which no foreign vessel can enter without the permission of the Libyan authorities), has lasted all night. But it was not even possible to find the remains of the rubber boat. According to La Repubblica, among the disappeared there were ten women, of whom one was pregnant and two were young children, one of only ten months.

The situation has been very confusing until the last moment. At first, it had been reported that there were some 20 missing, those who had been sighted in the boat that was sinking from several aerial means. “Unfortunately the dimension of this tragedy is much more serious than it seemed.

There was some confusion about the number of survivors, but they have confirmed that 120 people left, “said Flavio Di Giacomo, representative of the IOM (International Organization for Migration). Di Giacomo also pointed out that the survivors have reported that after eleven hours of navigation the inflatable boat in which they were traveling began to deflate and little by little people were falling into the sea.

The German NGO Sea Watch, which had a conflict with the Italian government only two weeks ago when it was not allowed to disembark the 49 migrants it had rescued and who had been aboard two of its ships more than 15 days ago, had already reported this Friday that one of his control planes had sighted this barge in which at that time there were about 25 people on board. It did not help.

Precisely, this last shipwreck occurs at a time when there is only one humanitarian ship, the Sea Watch 3, which was also far from this area, patrolling the Mediterranean, because the ship of the Spanish NGO Open Arms is blocked in Spain by the authorities and the Sea Eye is in search of a port for the change of crew.

The forced withdrawal of the rescue ships of the NGOs that operated in the Mediterranean before the closure of the ports initiated by Italy has caused a total blackout in the surveillance of the area, so it is difficult to know what is happening exactly at high altitude. sea. In addition, the alleged transfer of rescue work to the Libyan Coast Guard has proved a failure: due to lack of resources and, in many cases, will.