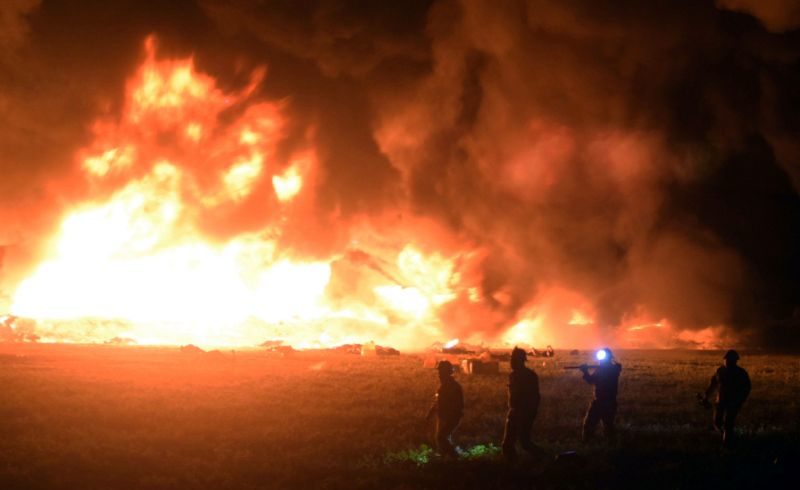 The death toll in the explosion during the theft of gasoline in a pipeline in Tlahuelilpan, in the Mexican state of Hidalgo, increased in the last hours from 73 to 79 people after the discovery of new bodies at the scene of the accident and the death of injured hospitalized.

“At the court today, January 19 at 5:00 pm The count is now 79 people dead, ” Governor of Hidalgo Omar Fayad told a news conference at the National Palace.

Accompanied by the president of Mexico, Andrés Manuel Lopez Obrador, Fayad explained that the balance increased after finding bodies in ground zero of the event and the death of other people already hospitalized.

The figure was given by the governor of Hidalgo, Omar Fayad. He explained that the number of victims increased, after finding bodies in ground zero of the event.

Many of the injured suffer serious burns and it is feared that more burned corpses will be found in the vicinity of the pipeline where hundreds of people gathered to steal fuel from the leak caused by mid-afternoon on Friday.

Since he came to power on December 1, Lopez Obrador began a frontal fight against the theft of hydrocarbons through the pipelines of Petróleos Mexicanos (Pemex), which generates millions in losses for the company.

For this purpose, the security of pipelines was reinforced with thousands of troops and more gasoline was transported with a pipe (tanker), which has caused a shortage crisis in ten states of the country, with closed service stations, panic and sabotage of pipelines.