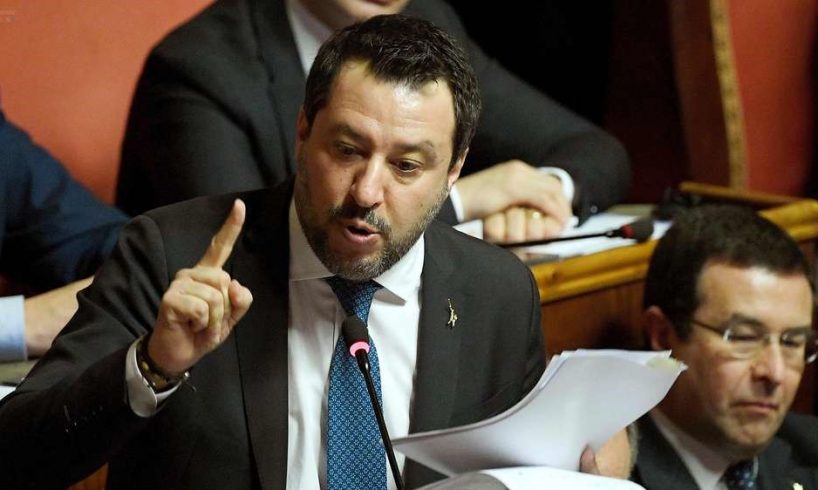 The head of the League faces fifteen years in prison for blocking a migrant boat in July 2019 when he was Minister of the Interior.

The Italian Senate on Wednesday (February 12th) authorized the dismissal of Matteo Salvini, head of the League (far right), accused of kidnapping for having blocked a boat of migrants off the coast of Sicily when he was Minister of the Interior .

The official result of the vote will be communicated at 7 p.m., but the electronic board seen by several AFP journalists, indicating for a few seconds the result of the ballot made it possible to clearly establish his referral to justice, confirmed by all the Italian media.

In his intervention before the vote, Matteo Salvini “claimed with pride” his action as a minister. “I will not go to this courtroom to defend myself, I will go to proudly claim what I have done,” he said to the senators, reiterating that it was his “duty” to defend. the borders of the country when he was Minister of the Interior.

A court in Catania (Sicily) accuses Matteo Salvini of “abuse of power and forcible confinement of persons” for having blocked 116 migrants last summer for several days on board an Italian coast guard vessel, “the Gregoretti” . He faces fifteen years in prison.

On July 25, 2019, the day when more than 110 people had disappeared in a shipwreck off Libya, the military ship “Gregoretti” had taken on board 140 migrants, who had left the Libyan coast a few days earlier on two boats and were rescued by Italian coast guard.

Migrants had been able to be evacuated for medical reasons, but 116 others had remained on the ship for almost a week, for lack of authorization to disembark from Matteo Salvini, then Minister of the Interior of a government formed by the League and the 5 Stars movement (M5S, anti-system).