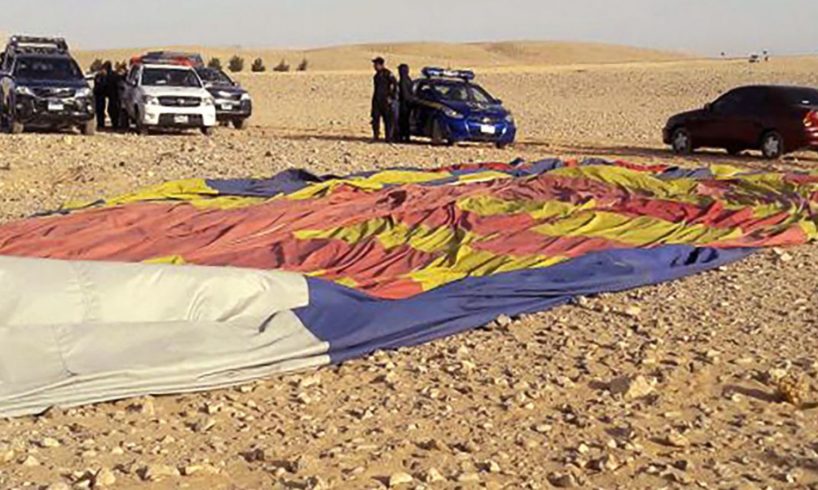 A 36-year-old South African tourist has died when a hot-air balloon crashed on Friday west of the ancient city of Luxor in southern Egypt, according to sources with the Ministry of Health of this African country. Of the 21 people who traveled on board 20 tourists and the pilot, 15 tourists have been injured, of different nationalities, including two Argentines and one Brazilian.

At first, these same sources said that four of the injured were Spanish, but the Foreign Ministry there is no evidence that there are national citizens among those affected by the accident. Foreign Affairs has reported that among tourists there are two Argentines, to which the Egyptian emergency services would have confused with Spaniards.

The wounded are two Argentines, one Brazilian, five Australians, four French, two South Africans and one Egyptian, according to a source from the International Hospital of Luxor, where the victims have been treated, quoted by the MENA agency. The two Argentines, who were cruising the Nile, were slightly injured and are not expected to remain in the health center, although there is still no medical part, an Argentine consular source told Efe.

The balloon was making a tourist flight near a road in a desert area and fell due to a winding spiral. The governor of Luxor, Mahmoud Badr, is in the hospital in the city to which the victims have been taken to know his condition. Ten of them have already received a medical discharge and two remain hospitalized waiting to be subjected to medical operations, as explained by the official mena agency.

On Friday morning, a total of 22 balloons flew in Luxor and the rest managed to land without problems despite the wind, according to the ministry. The casualty fell near a road in a desert area west of the Nile, during a hot-air balloon tour of the pharaonic monuments on the west bank of Luxor.

In 2013, a balloon caught fire in mid-flight over Luxor, killing 19 tourists. The accident was caused by a gas leak. It happened four years after 13 foreign tourists were injured when the balloon in which they were traveling collided with a communications mast in Luxor. In this city was the ancient city of Thebes, one of the capitals of the pharaohs.